Born in New Zealand raised in the Northwest. After being exposed to alpine terrain in the Cascades he moved back to NZ where he cut his teeth in the Southern Alps and became a strong part of the Kiwi climbing community. Then, after graduating from university in 2007 he moved back to the states and has been focused on climbing as it applies to alpinism ever since. This has taken him on expeditions from Alaska to Patagonia to Kyrgyzstan to Pakistan and all over the lower 48 and Canada where he has established dozens of  significant new routes on rock, ice and snow.

He specializes in complex logistics having run over 30 expeditions and assignments to many parts of the world including Pakistan, Kyrgyzstan, Alaska, Argentina, Eritrea and Kenya. For his climbing exploits Graham won the 2010 New Zealand Alpinist of the Year and was a finalist for the 2014 Piolet d’Or (alpine climbing’s equivalent to an Olympic gold medal) and won the 2017 Cutting Edge Award from the American Alpine Club 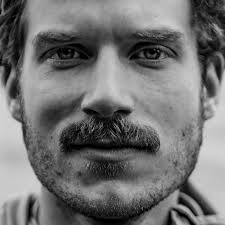 From African rock climbs to New England mixed routes, Majka finds passion in the moment since she believes adventures morph into greater understanding. She climbs full time and is also the author of two books, a filmmaker, the founder of Legado and the mother of twins. Her first lead fall was onto the smallest Tri-Cam and she’s often more comfortable above a micro-nut than a bolt. She’s been known to rollerblade, climb grade 6 ice and put it all on the line in defense of her mountain poodle. 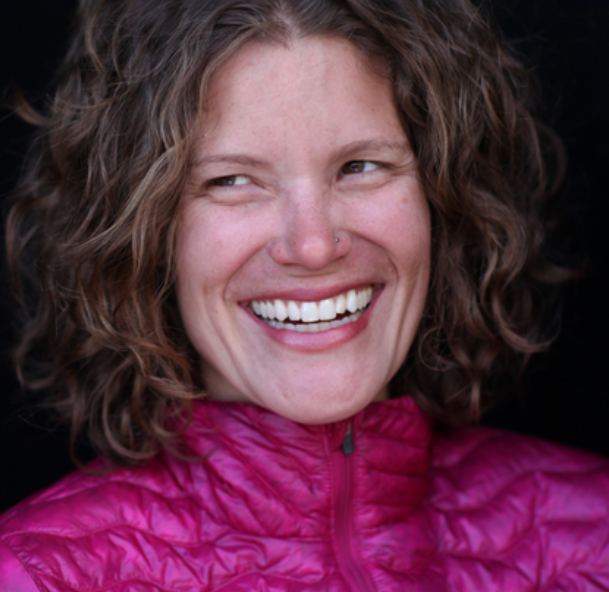 Kevin resides in Richmond Vermont with his wife Claire and two daughters Annika and Eliza. Kevin worked rock climbing and mountaineering courses for the National Outdoor Leadership School for six years averaging 30-40 weeks a year in the field. So after college where Kevin had discovered his new passion for rock and ice climbing, he was now living his dream of spending more time in the backcountry than not. This is where Kevin became a teacher. Experiential education was the name of the game at NOLS and facilitating individuals’ learning experiences was as important as the technical skills being taught.

This lifestyle suited Kevin, however, he decided to settle back down in NH and pursue guiding full time. Kevin guided for several schools for many years before he decided to start his own business, Mahoney Alpine Adventures.

Ultimately, this decision led Kevin in the direction of seeking his full international certification through the IFMGA. Kevin went through coursework in all 3 disciplines: ski mountaineering, rock and alpine climbing and successfully passed the 3 exams. He has also instructed courses for the AMGA. 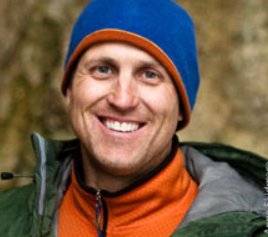 Jim Shimberg was the first athlete on Team Sterling, back when Sterling’s offices were in Beverly, MA. Still guiding and still climbing after 35+ years, "Shim " has been adventuring with Sterling’s fine products since 1994, with notable ascents mostly involving ice climbing around the globe.

Shim represents Sterling at various ice festivals throughout the United States, at events such as the New River Rendezvous and the AAC Cragging Classics.

More importantly, Mr. Shim has been married for almost 30 years to Dawn, who also climbs, and is a father to Rose Montana, who is on the UVM climbing team and works at MetroRock in Burlington, VT.

Honored to represent the finest ropes on the planet, Shim is working to achieve 10 routes on El Capitan (7 so far) and keep having fun climbing on Sterling Ropes as much as possible! 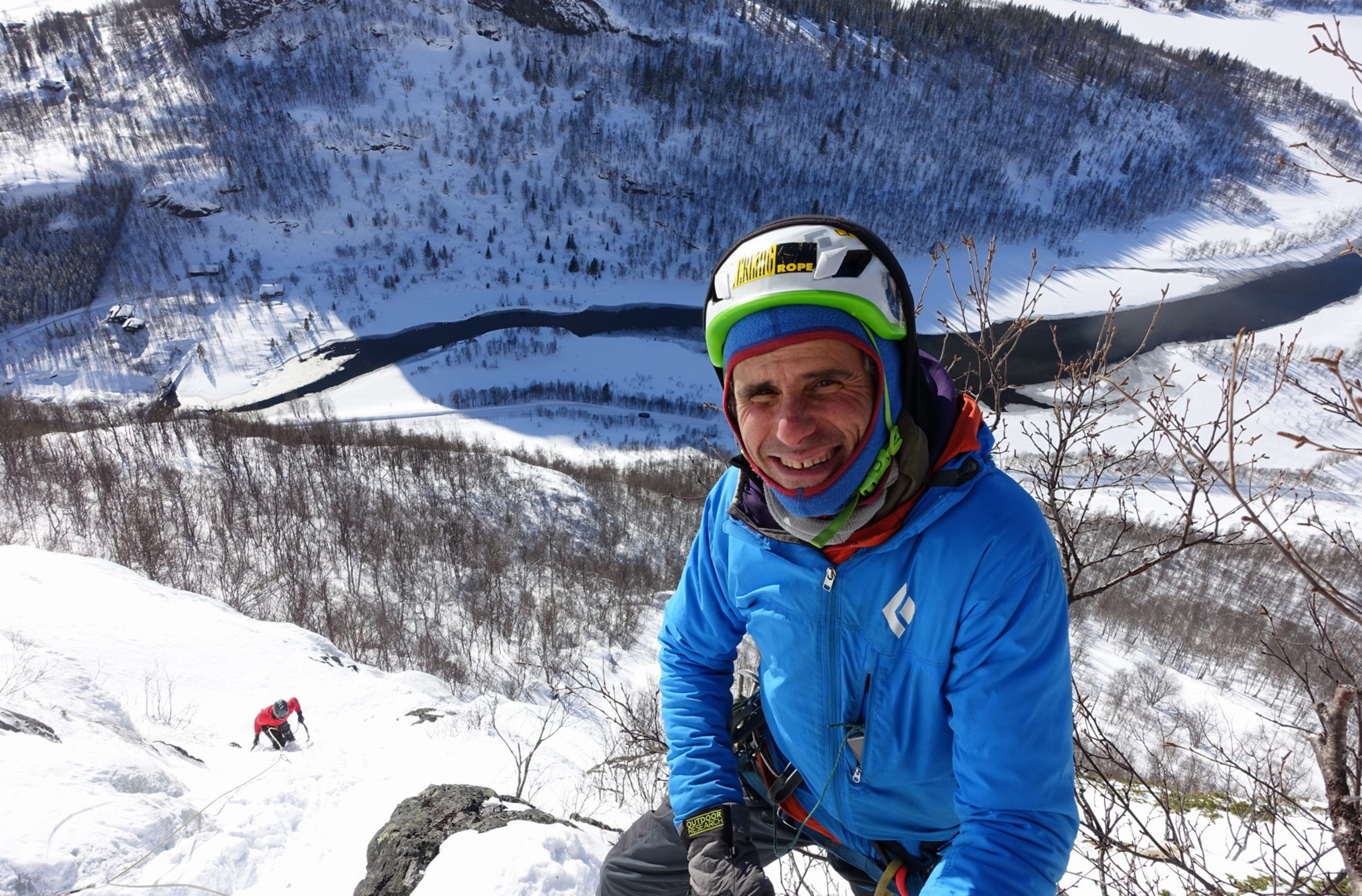 Will’s first exposure to climbing was at age 13 over 3 days with Rock & River way back in 1993! But it wasn’t until attending college at Plymouth State in NH that he first really got involved with the sport. Luckily Jim Shimberg was around then, and still is, to show him the way. After seeing the cover of the Jan 2005 issue of Climbing Magazine, and reading the associated article about the ice climbing scene unfolding in the Adirondacks, he decided to move to Keene Valley that winter and hasn’t left the area since. He chases the ice, snow and alpine in the Adirondacks and the Northeast, around the country from Cascade volcanoes to San Juan ice to Teton alpine rock, and internationally in Peru, Bolivia, United Kingdom and France. Will works year round as a NYS Rock and Ice Guide, an adjunct for the Plattsburgh State Expeditionary Studies program and North Country Community College Wilderness Recreation Leadership program. He is a American Mountain Guides Association Rock Instructor and has completed the Ice Instructor course. Will lives to be outside sharing his love of climbing. And now he and his wife Sara get to share it with their new to the world daughter!

Mark grew up hiking, climbing and attempting to ski in the Champlain Valley and Adirondack High Peak Region. These days he’s still doing the same with the addition of guiding and instructing rock and ice climbing year round, raising his daughter and diving into the endless quagmire of home renovation. His goal when out with guests is to share his appreciation of the Adirondacks with them and to provide an experience that is both memorable and educational.

Energetic is an understatement. Local guide and alpinist Jeremy Haas has spent two decades in the northeastern mountains, from West Virginia to Gaspe. In addition to the years spent alpine climbing and ski mountaineering throughout the Rockies, Jeremy has made trips to the Cascade and Selkirk Mountains, and overseas to the Mont Blanc massif. After a few years of living in Colorado, he returned to New York and sought out the alpine potential of the East. Jeremy’s home is the Adirondack Mountains, with their unique blend of roadside climbing and technical mountaineering in an expansive backcountry. He is the coauthor of the new rock climbing guidebook for the Adirondack Park, through which he has discovered a wealth and variety of climbs. Patient out of practice, he has been with Adirondack Rock and River Guide Service since 2002.

Matt is from the Northeast U.S. and lives there throughout most of the year with his wife and son. Although he is passionate about the rock and ice climbing terrain in his home mountains, the Adirondacks of upstate New York, he can’t resist the diverse landscape and climbing opportunities that the rest of the country has to offer. For the better part of 20 years Matt has travelled seeking out long alpine routes, sunny desert rock climbs and perfect powder stashes with his climbing partners, whom he considers to be some of the finest people on this planet. Matt now spends his summers in the Pacific Northwest where he shares his stoke for mountaineering with his guests on Mt. Rainier and in the North Cascades. When he’s not climbing or guiding, Matt enjoys paddling quiet waters to remote campsites, cooking seasonal food and hanging out with friends and family. In between traveling for climbing and guiding objectives, Matt spends most of the winter as a ski patroller at Whiteface Mountain and guiding ice climbing in the Northeast.

Matt moved to the Adirondacks in 1994 and has taken his climbing from the first days of fumbling with the “coolest gear ever” to many significant first ascents in the Adirondacks.  He has been a successful guide with Adirondack Rock & River Guide Service for over a decade. Teaching and guiding come naturally and his infectious enthusiasm for climbing rubs off on everyone he spends time with. His passion for ice climbing has led him to pursue adventures in the Canadian Rockies, Peruvian Andes and Mongolia’s Altai Mountains as well as throughout the lower 48 and Alaska.

Born in the neighboring town of Peru, Chad is one of Rock and River’s two “native born” guides. Soft spoken, friendly and always professional, his designation as one of the few local AMGA certified guides demonstrates his strong commitment to his chosen profession. Having guided locally for over 10 years, Chad explains his deep affection for the Adirondacks as “one of the few areas you can rock climb, ice climb, back country ski, mountain bike, trail run and paddle, all within minutes of your front door”. Widely traveled with several international mountaineering adventures and western cragging/skiing trips under his belt, Chad’s priorities are simple, his family (wife Jill, dog Tenko and cat Phiggy), his friends and a day in the mountains doing just about anything.

Ian Osteyee has been climbing in the Adirondack Mountains since 1983. Around here he’s known for his first ascents on the thinnest, nastiest, most challenging routes of the region – “Bobo the Circus Idiot,” “Wilheim Jorge,” “Sea Tips,” “Grandma’s Still,” and “Ruination” WI6 X to name a few. He’s also climbed some of the most daunting ice routes in the Canadian Rockies, and around the world and has several first ascents in Nepal. One of Ian’s favorite climbing partners is renowned blind climber Erik Weihenmayer. Ian has taken Erik up Nepal’s famous ice route “Losar” WI5 700m. He’s also climbed with Erik in Scotland, Alaska, and around the Northeast. Ian enjoys climbing wherever he goes, but is still most excited by the climbing right here in the Adirondacks. Ian is sponsored by CAMP and BlueWater Ropes and Rab.

James (the “Ice Doctor”) first started climbing in Western New York and Southern Ontario in the 1970s (and he still wears his vintage Joe Brown helmet). After taking time off to complete graduate school, start a family and a career, he returned to ice climbing in the early 1990s. Since that time, he has spent his winters climbing ice throughout the Northeast. It was a conversation with Jeff Lowe who first gave him the idea that teaching ice climbing would be a great way to give back to the sport. Accepting that sage advice, James has been active in combining his passion for ice climbing with his enthusiasm to share his knowledge with others so that they can learn to move confidently and safely on vertical ice. Over the past decade, James has taught ice climbing to individuals and groups and he has been involved with the Mountainfest for many years. James is a licensed guide and when not climbing, he is Vice Provost at Binghamton University (SUNY).